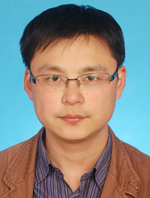 The peculiarity of the U.S mode is its emphasis on interaction of procedural and substantial law. Since the 70s of the 20th century, with the beginning of the case of Furman v. Georgia, the US had gradually established a strategy to abolish death penalty through judicial control. The 8th Amendment of the Constitution which put a prohibition to cruel and unusual punishments is interpreted as an evolving ethical standard, has founded a judicial system which is characterized in dual rank procedural standards and adoption of restriction on aggravating circumstances in substantial law. With a rigorous standard on the application of death penalty and the interaction between legislation and justice, a modern mode of controlling death penalty which takes judicial intervention as its core finally emerged in the US. Its main content is as followed.

1. Substantial Standards and Principle of Application

2. Circumstances and Subjects to Death Penalty

3. Types of Crimes and Standards subjected to Death Penalty

It is an inevitable question of US justice mode how to narrow the scope of death penalty based to a further step based on the definition of substantial standard. To accomplish this goal the Supreme Court gradually set up average standards by case ruling. In the Gregg case, the Supreme Court concluded that according to the principle set up in the Furman case that the discretion of jury should be subjected to necessity restriction, it was in the conformity of the 8th Amendment that the court of State of Arizona, based on new rules stipulated in the Model Criminal Code, require the judge to inform the jury that in case of a verdict of death penalty at least one circumstance of statutory aggravation should be included in the reason of such verdict. [11] The requirement could be deemed as a definite and objective standard and provided the jury with abundant guidance which could help preventing random decision and identifying the specific worst murder. In the Zant case in 1983 the Supreme Court reiterated that death penalty could not be used without at least one circumstance of statutory aggravation was convicted which later became the basic requirement of death penalty and drew the most attention from the prosecution and defense parties. In the Ring case in 2002 the Supreme Court ruled that the jury had to found at least one circumstance beyond doubt before a verdict of death penalty. [12] Therefore the statutory aggravation circumstance played a positive role in the narrowing of death penalty.

2. Infringement to Life is the Priority of Application of Death Penalty

3. The Modeling Effect of Rulings of Supreme Court

The characteristic of Indian mode is its emphasis on the reasoning duty of judges to accomplish the goal. Compared to Japan, India’s reform of death penalty had also gone through setback in the legislation and judicial restriction was its last choice. However the modes of Japan and India were different and the latter one was also intriguing. The modern system of death penalty of India was configured in the 1860s when being a colony of the Great Britain. It took tremendous influences from English laws. The current system of death penalty was stipulated in the India Criminal Code in 1861 and the India Criminal Procedural Law in 1898. In the criminal code there were 10 articles containing death penalty which ranged from national crimes, crimes infringing lives, crimes infringing freedom to crimes infringing property. [20] The criminal procedural law stipulated the ranks of instances of death penalty, appealing and standards of evidence.

IV. A Brief Conclusion: Where’s the Road of Abolition Death Penalty in China?

[14] Early in the 1840, Professor Carl Joseph Anton Mittermaier of University of Heidelberg pointed out that there was no deterrence of death penalty on crimes based on the positive results of 8 European countries and the US. In 1840 Professor Mittermaier successfully persuaded the Council of Frankford to abolish death penalty from 1848 to 1850. Joachim Whaley, The History of the Death Penalty in Germany,in Hayley R. Mitchell ed., The Complete History of the Death Penalty (2001).

[17] Li Hong, “The Inspect on Discretion Standard of Death Penalty in Japanese”, .