Opening remarks: the concept of the Hungarian economic criminal law 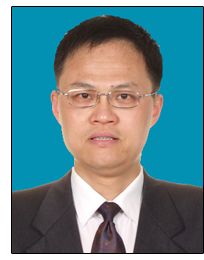 The Chinese and Hungarian criminal law are much more similar, than we thought before beginning this research[1]. In the Hungarians’ view, just like the Criminal Code of China since 1997, the role of judge-made law is not more than the explanation of the law, or the clarification of certain concepts, but analogy has always been forbidden in Hungary: that is, the principle of „nullum crimen sine lege” is enforced.[2]
Economic criminal law in Hungary is the sum total of legal regulations within and outside criminal law that define which of the actions threatening the economic order (that is, the orderly operation of the economy) are considered criminal acts, how the perpetrators of these are to be held responsible, what sanctions can be applied against them and how.

We can make the following conclusions on the basis of the above definition:

· economic criminal law is a sub-area of criminal law; therefore, in a wider sense, it includes the procedural law regulations and the regulations of the execution of sentences which do not show marked differences from the general rules; therefore, we do not cover these;

Without exception, the primary norms can be found in one law, Law Code of the year 2012, the New Hungarian Criminal Code. In this sense, Hungarian criminal law is a unified, codified criminal law; the Hungarian legal system do not acknowledge the judge-made law or only in a very narrow circle.

The secondary (non-criminal law) norms play a role mostly when the primary norms do not contain all the positive and negative conditions of culpability. In this case, the criminal law norm sets out only that frame which the secondary norm fills with concrete contents.[3] This is necessary because the frequent modification of the criminal code is undesirable; criminal law has to show a relative stability. Secondary norms, on the contrary, can be modified dynamically. (This is supported by the fact that the code containing the primary norms can only be the source of law of the highest level, that is, a law, while the secondary norms can be decrees of different levels.)[4]

It is a recurring issue in Hungary whether a part of the criminal law requirements (e.g. criminal bankruptcy, tax fraud or the criminal acts protecting capital market conditions) should be included in specialist laws which also include the appropriate background materials. Hungarians consider the unified New Hungarian Criminal Code an achievement they do not want to give up primarily for reasons of security in law.

Hungary was a socialist country before 1989. In 1989, the change of regime changed the fundamentals of the economy, and the economic criminal law, of course. The protection of the planned economy was no more the aim; the modified Hungarian criminal law protected the market economy system.

The previous Hungarian Criminal Code, although the socialist code, the IV. Law of 1978 that was modified more than a hundred times, could no longer serve the goals of the new economic system or the new social structure. The need for a new Criminal Code arisen immediately after the change of regime. Between 2001 and 2006 the codification process was managed and controlled by the Ministerial Commissioner, yet the approval of the new Code was always denied.

Parlamentary elections are held every 4 years in Hungary since 1990, the date when the country shifted to democratic political structure. Since 1990, every party (current governments) have more or less worked on the codification of the criminal law, but only the current government, that has been elected in 2010 with two-thirds majority, could accomplish it within a record time of only one and a half year.

The codification involved mostly criminal jurists, but the involved professionals of criminal law also included university instructors and module leaders as well. Young, talented professionals, represeinting the new generation of jurisprudence, like Kőhalmi László criminology professor, Head of Department, and Gál István László criminal law associate professor, and one of the directors of the Hungarian Academy of Sciences since 2012.

In creating the New Hungarian Criminal Code, effectiveness, consistency, simplicity, and modernity were emphasized by the professionals. The law will take effect on July 1, 2013, and will provide a clearer, more transparent, and stricter regulation compared to previous codes, but will not change the concept of the IV. Law of 1978.

Therefore the chinese and the hungarian criminal law will not further away from each other.

The main characteristics of the New Hungarian Criminal Code are the following:

– a wider range of the legitimate self-defense, closer to the US regulations

– stricter penalties on the use of drugs and related crimes

– the minimum lapse time changes from 3 to 5 years, and the number of crimes not subject to lapse are expanded

– new types of sanctions in the hungarian criminal law

From the 27 countries of the European Union, Hungary disposes of the most strict criminal law, since only this country applies life imprisonment (literally). This will remain in the new code as well.

The previous Hungarian Criminal Code, the IV. Law of 1978, summarized the economic crimes in one chapter, namely in the XVII. chapter of the code[5]. Of course there were related crimes in other chapters (economic bribery for instance), but these did not conflict with the single regulatory concept. New crimes also appear in the regulation, for example the financing of terrorism.[6]

„In order to ensure the transparency of the economy, and with that the welfare of the society, the new Hungarian Criminal Code applies new rules and regulations. Those who will be involved in the registry of ownership of a business organization or an individual of whom no residence is given, or could not be found where stated, or is not the true owner of the registered business organization, will be held guilty for the failure to satisfy the obligation of the dissemination of economic information and will be indictable.

The new hungarian Criminal Code updates the range of economic crimes, and those crimes not closely related to harming the prudent functioning of the economic life (like the computer crime and abuse) will be replaced in new chapters in the code.

Those crimes that damage the economic budget will be distuinguished by replacing them in a separate chapter. Here belong crimes like the financial fraud that was created during the modification of the Criminal Code in 2011.

Conrumer protection will also be emphasized as related crimes will be included in a new chapter. Bad quality products if marketed to the public (or to a wide range of consumers) will be flagged as crime, as well as in the case of harming the safety standards of the products. Misleading the consumers will be seen as an aggravation, if the product carries dangerous effects on health, the environment, or risks the safety of the consumer”.[7]

The new hungarian Criminal Code will take effect on July 1, 2013. We agree with Gál István László in that the stricter[8] criminal law regulation will be the basis of the stricter legal regulation, generated by today’s economic crisis,[9] in Hungary, and throughout the world. With the political-economic change of regime the market economy was created, but failed to create the related ethical rules, behavior and norms. These rules will be adapted to only in the long run, till then we need to rely more on criminal law.

Its role, to act in the background as a „last resort”[10], could be fulfilled only after the change in the mentality and behavior norms of the people. At the moment, not liberalization but more consistent, more strict criminal policy, and a more effective criminal law regulation is needed.[11]

[1] I would like to say thank you for my Hungarian colleague, Dr. Istvan Laszlo GAL, an associate professor of criminal law and director of the Hungarian Academy of Sciences, who gave me support to make this research with many articles in English and translating Hungarian language materials to English.

[5] Kőhalmi László: A gazdasági és a szervezett bűnözés [The economic and the organized crime]. In: Bevezetés a bűnügyi tudományokba [Introduction in to the criminal sciences] (eds.: Csemáné Váradi Erika). Bíbor Kiadó. Miskolc. 141.p.